The best things about Sania Mirza 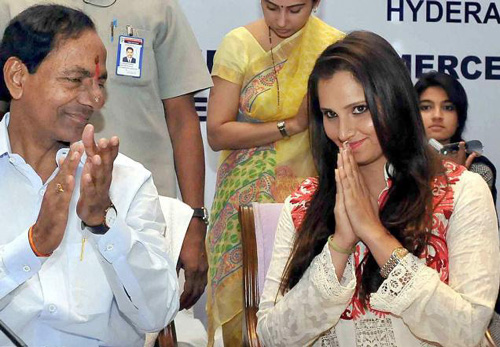 Sania Mirza is often considered the most successful female tennis player from India. People might like her or hate her... but it’s hard to ignore her and her achievements. Let’s just watch the best things in her life.

At the age of six
Sania was Just Six years old when she has decided to become a tennis star. Tennis is not a favourite sport for an orthodox Muslim family... but her father wanted to change the trend. Very few people knew that Sania’s father Imran Mirza was her first coach. `My family and I never hesitated for a moment to do what needed to be done to build Sania’s tennis career, ` recalls Imran.

The Hiccup
Sania’s first major title came at just 17 years of age. She has won the 2003 Wimbledon Championships Girls' Doubles and that was the start of her collection of best trophies in the world. But Sania started to fall back after reaching her career best ranking of 27 by 2007. Though it was the best rank by any Indian tennis star, she was unable to reach further heights due her injuries. 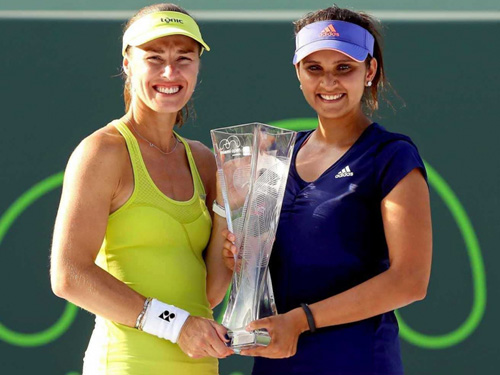 The Change
Sania has decided not to push herself hard in Singles. Rather she has decided to pursue her career in Doubles. Sania is powerful in her serving and returning the ball... but she can’t move swiftly around the court. She knew that if someone accompanies her in the court... the chances of her victory might get improved. Sania started playing mixed doubles and women’s doubles. And her decision proved to be perfect. Sania is now in No.1 rank in women’s doubles.

Facing the Fatwa
Some people are certainly not happy with Sania’s apparel on court. Sania was surrounded with threats to change her dress. They wanted her to wear long tunics with headscarves. She had to be accompanied by huge security at the tennis court. But she never backed up. She felt that what she was wearing was for the comfort of the game and not for modelling. Sania’s racket probably spoke more than her. Her consecutive victories on grass court thrashed the demands for long tunics.

Marriage that none liked
Sania was first engaged to her childhood friend Sohrab. But for the reasons better known to her, that was cancelled. People started cursing her when she has decided to marry the Pakistani Cricketer Shoaib Malik. Sania had to assure time and again that she is Indian and would never part with the country. She brushed aside the demands that she should be playing for Pakistan. 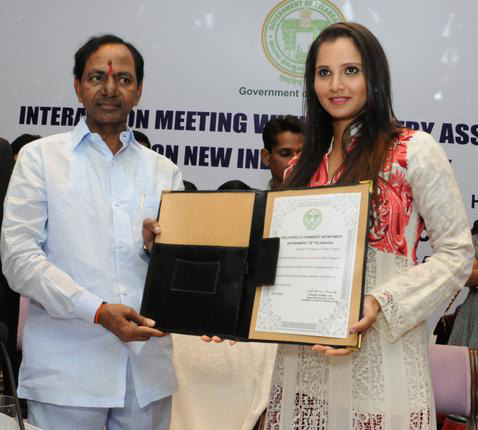 Never minced her words
Sania never felt shy at expressing her opinion. From safe sex to politics in tennis federation- Sania was ready to face the ire of the opponents for expressing her views. That might be the reason why she found her way in too many elite lists. She was named in Time magazine's 2016 list of the 100 most influential people in the world. She finds a credible mention in records like "50 Heroes of Asia" & "33 women who made India proud". From Arjuna to Padma Bhushan she was the recipient of too many awards and recognitions.

(Sania is now the Brand Ambassador of the State of Telangana)