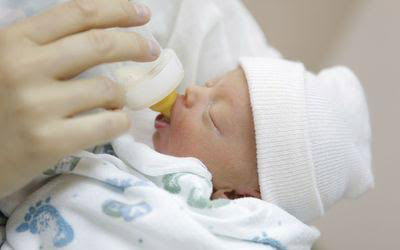 From ages, Women have been encouraged to breast feed their new borns, until atleast the child is 12months old, possibly. Very few Women are heard to be not interested in nursing their children due to changes in physical body as they cannot diet and shape up their bodies after weight gain during pregnancy and post-delivery stages. It is a myth that breast feeding causes shapeless body..it infact, helps loose weight, post-partum. Breast feeding is so famously known to fight cancers, sametime, a breast-fed child has increased immunity compared to those babies who were less or never breast fed. A study has found out that Breast Milk helps brain development in premature babies, significantly. 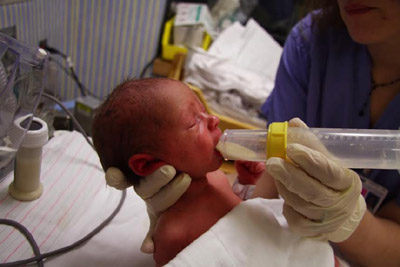 Preterm birth is a scare among expectant parents due to its many negative effects troubling the baby on the long run and has been linked with Psychiatric and Neurological problems that may show up as age progresses. In this path, a new study has found success and an affordable, reachable solution. Breast Milk is found to be a boon for all those parents who are worried about their newborns' brain developement, at this stage. Most Mothers can nurse, actively, even before they finish full-term pregnancy while the Babies are very weak and, most of the times, cannot learn to suck breast milk on their own, hence offering breast milk with a small nursing bottle is a good idea. Incase, the Mom's body is not ready to nurse yet, Breast Milk can be borrowed from other Mothers, who are kindly ready to donate it.

A Washington University School of Medicine study has revealed a major role played by Breast Milk in the lives of prematurely born babies, in which, over 70 babies born atleast 14weeks before their full nine-month term were the test subjects. Regularly after their preterm birth, every baby's brain was scanned in comparison with the amount of Breast milk he/she received while still in the NeoNatal Intensive Care Unit, here Breast Milk was either offered by their respective Mothers or other Moms. It was found by the Researchers and Physicians that Babies who received often and more Breast milk had shown larger brain developments, while Preterm babies who were not the test subjects in the past didnot have much brain development and also several other studies showed a correlation between brain volume and cognitive development. Inorder to help Children and families, who, due to various reasons, face Preterm births, Researchers pledge to continue studying this subject.