Home
ఈపేజీ మీకోసం
Where The Mind Is Without Fear : The Beginning

Where The Mind Is Without Fear : The Beginning

Where The Mind Is Without Fear: The Beginning 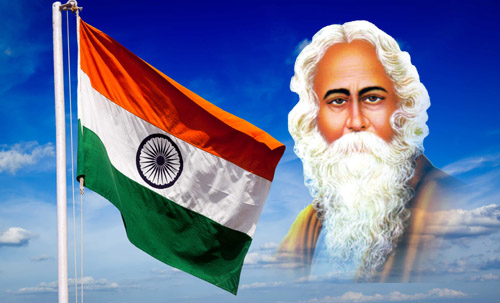 `Where the mind is without fear` was the poem written by Viswakavi Rabindranath Tagore. Though published as an integral part of Gitanjali, this poem stands out from the rest. This poem was written by Tagore in early 1900's. It appeared in his book `Naivedya` under the title `Parthona`. The poem would flow with these initial lines...

It might not be rare for someone to excel in multi languages. But it's unusual to find someone to write great poetry in both languages. Tagore was such an exception. He translated his `Chitta jethaa bhoya shoonya` into English as `Where the mind is without fear` in 1912. Tagore is known for his excellence in translating his works into subtle and perfect English. Being the original author, he could express his thought according to the structure of the other language. In such cases his translation would not look like a mere replica, but a glorified version of the original work.

`Where the mind is without fear` is not just a patriotic song. Though it has inspired those generations to be `awaken into the freedom of heaven', it is a song forever. It's about... thought - reasoning - knowledge - character - divinity - destiny... and the force within a person to strive forever to acquire such traits.The first line of the poem itself has turned to be motivational quote. The Bengali version of this poem is recited not just in India but in Bangladesh as well. And the English version is often heard from every part of the world. From Abdul Kalam to Obama... it's revered and recited time and again.

Though many other writers like Bezawada Gopalareddy, Tirumala Ramachandra, Gudipati Chalam has translated the poem out of passion for Tagore`s works... Tagore's own translation is considered to the best, and here it is:

Where the mind is without fear and the head is held high;

Where knowledge is free;

Where the world has not been broken up into fragments By narrow domestic walls;

Where words come out from the depth of truth;

Where tireless striving stretches its arms towards perfection;

Where the clear stream of reason has not lost its way Into the dreary desert sand of dead habit;

Where the mind is led forward by thee Into ever-widening thought and action;

Into that heaven of freedom, My Father, let my country awake.

What could be the finest occasion to recite such poem and salute to the poet, than the Independence Day - Jai Hind!