Every Face of Sri Panchamukha Hanuman has significance

The Hayagriva mukha faces the Sky. But since we cannot see it, it is usually tilted and shown above Hanuman's face. Hayagriva gives Knowledge and good children.

This Kavacham is addressed to this fierce form of Hanuman. This Kavacham is not a stotra but a tantric mantra aimed at providing protection to the chanter. Some people believe that this sloka should not be recited but used to worship the five faced Hanuman. It is written at the end of the stotra that it was taught by Rama to Sita as per her request. But the first few lines show that this is a version was taught by Garuda, where he mentions that it was created by the Lord of lords.

I am now reciting the meditative chant, Oh pretty lady,
Which is created by God of Gods and is dear to Hanuman,

Who has five faces, who was greatly gross, who had fifteen eyes,
And had ten hands and would grant all desires.

In the east is the face of the monkey, with the brilliance of billions of Suns,
With protruding teeth in a black face, which is curved and angry.

In the south is the face of greatly wonderful Narasimha,
Which is very serious, the god being fearsome and a destroyer of fear.

In the west is the face of very strong Garuda with a curved beak,
Which subdues all snakes and which cuts away poison and ghosts

In the north is the face of a boar, which is black, shining and comparable to sky,
And which cuts away underworld, Lion, ghosts, fever and sickness.

In the top is the fearsome face of horse, which destroys asuras,
By using which face the chief of Brahmins killed the great asura called Tharaka.

Meditating upon Hanuman who is merciful and angry,
Immediately after waking up and surrendering to him,
Would put an end to all the enemies and lead to salvation.

I sing about the great sage who is armed with his organs,
Trident, sword, rope, goad, mountain, fist,
Mace, trees and holding the water pot,
Sign of protection and also Jnana in his ten hands.

Hanuman who evokes great surprise with his universal face,
Sits on a corpse, wears all sorts and kinds of ornaments,
Wears a divine garland and anoints himself with divine ointments.

I mentally meditate on him who has five faces of Vishnu,
Who has multi coloured and diverse faces,
Who was the top one respected by all monkeys,
Who shines in the yellow silk that he ties on his head,
Who has red eyes and who is the first always.

Oh monkey god who is exuberant and who destroys all his enemies,
Please save me by killing all my enemies, Oh God who lifts people from danger.

Om my offerings in the fire to Vishnu’s monkey

Om my offerings through the fire to the five faced God who has monkey face on the east side and the God who destroys all our enemies.

Om my offerings through the fire to five faced God who has the black face of Narasimha on the south side and to the God who hurts all beings.

Om my offerings through the fire to five faced God who has the face of Garuda on the west side and to the God who cures all types of poisons.

Om my offerings through the fire to five faced God who has the face of the primeval boar and who blesses with all types of wealth.

Om my offerings through the fire to five faced God who has the face of god hayagreeva (horse) and to the God who attracts all beings.

Salutations to him who has faces of a monkey, Narasimha, king of birds, horse and a boar,
Which are divinely decorated, have fifteen eyes, which shines immensely,
Who has ten hands and holds shield, book, nectar, goad, plough and
Sword and moves with his body all over the earth and is valorous everywhere.
Adha Manthra (chant)

I start the chant of the valorous Hanuman with five faces along with six fold rituals, and worship the emissary of Rama, The son of Anjana, The son of wind God, The very valorous hero, The one who removed the sorrow of Sita, The one who was the cause of burning of Lanka, The one who is well known as very powerful, The one who is the friend of Arjuna, One who assumes the tumultuous universal form, One who crossed the seven oceans, One who has red eyes, One who is greatly valorous, One who thought that the sun was a fruit, One who reformed bad people, One who has firm sight, One who gave back life to army of monkeys and Lord Lakshmana by bringing the Sanjeevini mountain, one who broke the ten headed one, one who is close to Rama, One who is a great friend of Arjuna and One who gives boons along with Rama and Sita,

Fire offering with the chant “Hari markata markataya lum lum lum lum lum” with a prayer to attract all types of wealth.

Fire offering with “ Om God with face of boar on the north side, lam lam lam lam lam, God Narasimha, God shiva with the blue neck”

Fire offering with “Om God with the face of Haya greeva at the top rum rum rum rum rum, God who is very angry” with a prayer to manage all useful acts

Fire offering with a prayer to keep away ghosts dead souls, devils, Brahma rakshas, Sakini, Dakini,and to prevent effects of the planets in the sky, evil created by thalismans, thanthra done by others and evil chants.

Fire offering with prayer to the five faced hanuman who manages all useful acts jam jam jam jam jam, with a prayer for the blessings of Lord Ramachandra.

After reading this followed by reading of the great armour,
For a period of one week would destroy all one’s enemies.

But in case of person who is weak, diseased or in clutches of great diseases,
Even a thought of this armour will give him great strength. 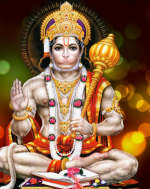 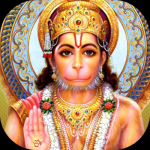 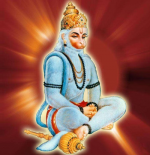 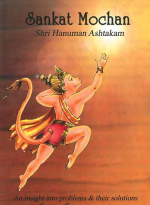