Home
Health Science
Signs That You Are Suffering From Anxiety Disorder

Signs That You Are Suffering From Anxiety Disorder 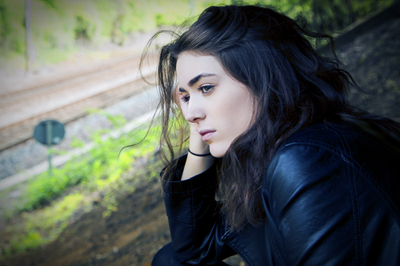 Anxiety can strike anyone, at any time,and for no apparent reason. Anxiety disorders affect about 18% of adults according to a research. That means more than 40 million people have problems panic attacks, social phobias, and obsessive-compulsive disorder symptoms severe enough to be classified as a disorder. Millions more feel anxious, but fall short of an actual diagnosis. How can you tell if your everyday anxiety has crossed the line into a disorder? It's not easy. Anxiety comes in many different forms such as panic attacks, phobia, and social anxiety and the distinction between an official diagnosis and "normal" anxiety isn't always clear.

Generalized Anxiety Disorder sufferers often feel afraid and worry about health, money, family, work, or school, but they have trouble both identifying the specific fear and controlling the worries. Their fear is usually unrealistic or out of proportion with what may be expected in their situation. Sufferers expect failure and disaster to the point that it interferes with daily functions like work, school, social activities, and relationships.

Trouble falling asleep or staying asleep is associated with a wide range of health conditions, both physical and psychological. And, of course, it's not unusual to toss and turn with anticipation on the night before a big speech or job interview. But if you chronically find yourself lying awake, worried or agitated about specific problems, like money or career, or nothing in particular, it might be a sign of an anxiety disorder. By some estimates, more than half of all people with Generalised Anxiety Disorder experience sleep problems.

Anxiety becomes a problem when, it is more intense or lasts longer than typically expected or it causes impairment or disability at school, at work, or in social environments or when even the daily activities are avoided in an attempt to lessen the anxiety. Women were more likely to be affected by anxiety disorders than men by a ratio of 1.9 to 1, and these difference persisted across time and in both developing and developed countries.

Most treatments available are either medications or so-called talking therapy or counselling. Drug therapies, sometimes will not cure anxiety disorders, but which can keep symptoms under control. Of the non-drug treatments, cognitive behavioural therapy is one of the most effective with research suggesting that more than half of people with general anxiety can benefit from up to 20, one-hour sessions recommended. It works by helping sufferers to identify that their worrying is irrational and teaches them to react more positively.

« Previous post
All You Need To Know About Varicose Veins
Next post »
Did you Know That Laughing Has So Many Health Benefits!