Home
Shiva
Why is Mahashivaratri Special

WHY IS MAHASHIVARATRI SPECIAL? 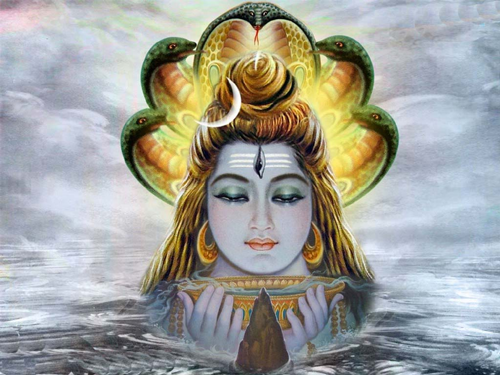 Shiva is the Lord is believed to be moved easily by the slightest trouble to his devotees. That’s the reason why people take their troubles to the merciful Lord at different times of the year. The most important among all these days is Mahashivaratri! It is the day when Hindus across the world, observe strict fasting and stay up all night in order to please Lord Shiva.

Why has this practice come about? Have you ever given it a thought? There are many answers to this question. Different people attribute different reasons for the celebration on Mahashivaratri. Let us understand a few of them.

So the first story says, during a time of Samudra Manthan, a pot of poison emerge from the ocean, with the capacity to destroy the whole world. Asking for a solution to the problem, all the gods went to Lord Shiva. In order to protect the world from destruction, the merciful Lord drank the poison, but instead of swallowing it, he held in his throat. The poison made his throat blue and Lord Shiva came to be known as Neelakantha. Marking this auspicious occasion people celebrate Mahashivaratri.

One more legend suggests that Mahashivaratri is that day when a devotee of Lord Shiva, unknowingly pleased the Lord and was blessed with his darshan. What actually happened was, a devotee of the Lord got lost in a forest. Fearing the wild animals he climbed the nearest tree for shelter. He feared that if he fell asleep, he would be killed. In order to stay away he decided to pluck the leaves on the tree. He plucked the leaves all night and in the morning he realized that, he had been plucking beetle leaves and putting it on the Shiva Lingam under the tree. As beetle leaves are dear to Lord Shiva, he was pleased and he appeared before the man to bless him.

This is the reason why people fast and stay up all night, singing praises of Lord Shiva on Mahashivaratri. The day is celebrated differently in different parts of India. In Karnataka for instance, the children are allowed to do the most mischievous things and then they practice the ritual of asking for forgiveness.


It is also believed that, Mahashivaratri being a moonless night, people fast in order to please Lord Shiva asking him to fill the sky with moonlight the next night. I hope you too succeed in pleasing Lord Shiva on this special day. Happy Mahashivaratri!